Welcome to Inside Fuel, our review of technical developments and everything happening on the Fuel Network. Take a moment to catch up on all the latest news.

Building the fastest modular execution layer would not be possible without an incredible contributor team.  Here are the newest additions to the team this month:

According to the Rust In Blockchain monthly review, Fuel is one of the most active Rust-based projects this October with 316 merged PRs, 236 closed issues, and 143 open issues.  We are ranked fifth right behind Aptos, Parity, Solana, and Sui.

We hosted the first edition of Sway Day, a monthly discussion about all-things Sway, where we had the chance to have the founders of Elix Finance, one of the first granted projects on Fuel.

We flew to Colombia to attend one of the most significant events of the year, where we participated in various talks:

We participated in various events in Lisbon this month, here is an overview of a few of them:

Nick Dodson was on stage during the panel organized by TRGC intituled: Post Tornado Cash: Can Web3 Ever Be Truly Decentralized? Watch the replay here.

We sponsored ETH Lisbon, a 3 day-long hackathon during which hackers teamed up to build DApps. Read more about the winners here.

Nick Dodson participated in a panel during StarknetCC around high-level-languages implementation on top of Rollups, where he explained the reasons and needs for Sway. Read the TL;DR or watch the full panel replay here.

Binaries are executed through Fuelup as proxies allowing flexibility in the execution of tools.

*Coinbase refers to the validators paying themselves for processing a block from the transaction fees. Having a coinbase transaction on each block make this process transparent to all users. 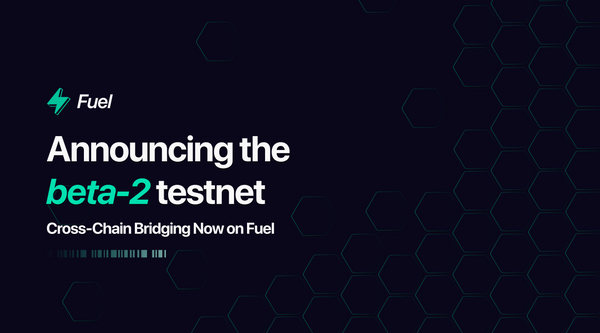 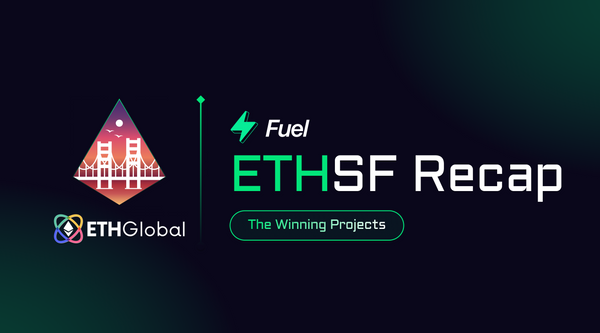 The ETH SanFrancisco hackathon is now over. Over the course of three days, hackers from around the world teamed up to build DApps.